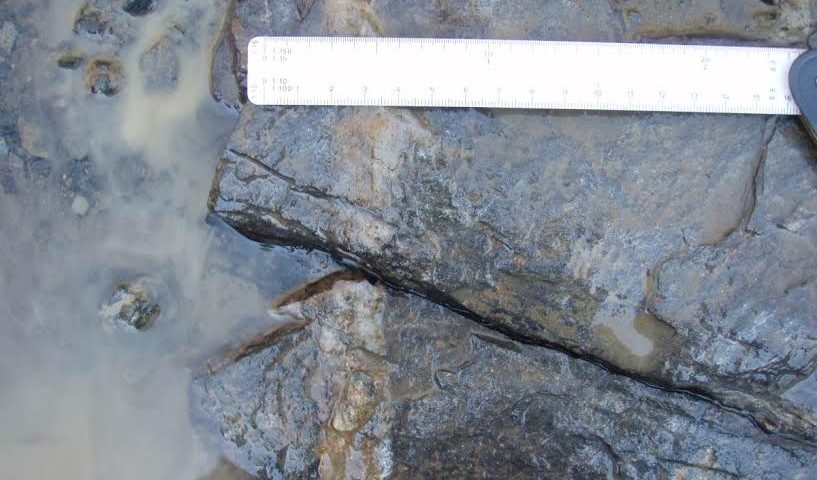 The trenching program is being conducted in the northern region of the South Quarry Property. The program is focussed on 3 areas north to northeast of 2 quarries. Tungsten bearing pegmatite veins are present in these quarries, one of which is referred to as the South Quarry. Trenches are being excavated north-northeast of these quarries in areas of tungsten soil anomalies which were identified during the 2015 exploration program. Kidd Creek Mines reported tungsten bearing boulders during the 1980s in this northern region including areas of the current trenching program. Kidd Creek also reported a tungsten bearing pegmatite vein in one trench in this northern region.

Sampling by Great Atlantic during 2015 confirmed tungsten bearing pegmatite veins in the South Quarry and an adjacent smaller quarry. Multiple grab samples collected by Great Atlantic in 2015 of bedrock and rubble in these quarries exceeded 1% WO3 with 12 samples exceeding 5% WO3 (News Release of November 19, 2015).

Christopher R. Anderson, President and CEO., stated “We understand the tungsten market and feel that the South Quarry Tungsten project, although early stage, has the ear marks of being a significant asset for Great Atlantic’s property portfolio. We are looking forward to advancing this project further, and will be actively seeking partners and additional expertise to help us do so.”